Firebrand Radio will air Purveyor of Chaos too. WHAT A WEEK!

Have a wonderful good morning. Firebrand Radio is glad to give Purveyor Of Chaos some airplay, they will be added to their roster on Friday 20th, for a period of two weeks.We thank Roger so much for the opportunity! You rock! 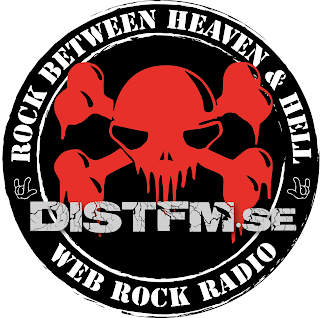 Andreas from DistFM will put Purveyor Of Chaos song BITTER to Dist Fm`s station on B-Rotation.

It will available on there with the next update.

Thank you for your support dear DistFM. 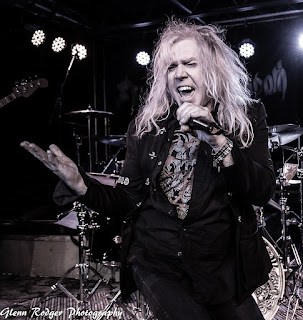 Uwe Wessel will air Purveyor Of Chaos today at https://www.radio-paranoid.net/rock_alive.htm 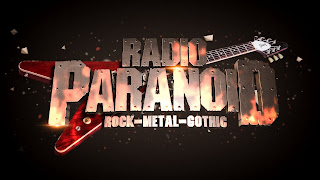 Fuzzy Hound Greece talked to Bjorn Englen - ENJOY this one

We are back again with news of the year: Purveyor Of Chaos

Hot off the press:

After a very long working-relationship between Maxel Black and Rocket Queen Susi they are back on track teaming up and taking Purveyor Of Chaos to the next level.

So look out for all the amazing things which are in the making. We will keep you posted timely.

Purveyor Of Chaos has played the top clubs around the GTA and Southern Ontario, receiving a great response from audiences everywhere.

Biography:
Tenbears:
Tenbears played in many bands from jazz to metal to traditional Celtic. He started jamming with other kids from his grade 7 classes. His first "bass" was an electric guitar with the top 2 strings missing. A few years down the road he bought his first real bass from Ken Jones Music Shop in the west end of Toronto. It was a '65 Fender Jazz which he still has to this day. He played in numerous high school bands over the years, and continued to play in bands throughout university and beyond.

Tenbears solid playing in conjunction with Fast Eddie's heavy hitting on the skins, makes for a driving rock-hard rhythm section that thunders like a freight train. He has known Bess Ross and Fast Eddie Coulson for many years so it was like an old homecoming.

Tenbears has also played many solo gigs playing Celtic tunes with 12 string in hand and is presently recording a Celtic CD.

Bess and Tenbears met Tony Iommi while Iommi was recording "Never Say Die" in Toronto. The three became friends, Iommi even joining young Bess at his parents' home for dinner. Iommi used some of Bess' guitars in recording the album. Bess and Iommi connected with their love of guitars and Iommi invited Bess to Europe as his personal guitar tech for the European leg of the "Never Say Die" tour. This is where Bess learned first hand how a guitar hero operates on stage every night! Upon his return from Europe, Bess worked with the Canadian band Anvil on the "Metal on Metal" album.

He moved forward creating other original projects including Brawl and Travelin War (co-produced with friend, Simon Zanderzand). In early 2004, Bess and Zanderzand met singer Maxel Black and bassist Dave T. Green. The bond of their musical talents took hold quickly as they formed the band Penetrator. They pounded through writing and recording a 9 song phenomenon that had neighbours knocking on the door to get in to hear the commotion first hand. Penetrator's demo was released in June of 2004, sparking rave reviews throughout the world. Penetrator had inked a worldwide distribution deal with Greece's Sonic Age Records. The label release came out in May 2005. Penetrator then commenced a 6 week USA tour in March 2006. The band employed Metal Queen Management as their management team.

Fast Eddie:
Fast Eddie Coulson has drummed for many years. He started playing at the age of 7 when he jammed with his Dad; an electric and acoustic guitar player.

Eddie played in many numerous bands and tribute bands since the age of 12. Some of the musical groups were tributes to Rush, Black Sabbath, Scorpions, Judas Priest, Oz, Deep Purple, Alice Cooper, ACDC, Guns & Roses and Ozzy Osbourne. He toured throughout all of Canada in his extensive career.

Fast Eddie currently is drumming for the all original band 'PURVEYOR OF CHAOS' and loves it! He has known the other members of the band for many years and grew up as kids with Bess Ross.

Maxel Black:
Maxel is the newest addition to Purveyor of Chaos. A pro vocalist/songwriter appreciated for his commanding voice and captivating live presence. Nominated in 2015 by H.M.D.'s list for BEST FRONT MAN OF THE YEAR.

Maxel became involved as a political activist and joined EuroRock 2008 along with a host of other musicians. He went to Europe to take part in the Peace Full Sail in order to bring attention to the horrors taking place in today's world and the need for world aid and understanding.

In the summer of 2008 Maxel's teamed up with guitarist Mike McAvan and drummer Steve Thorpe to form SIXES & SEVENS. A prog band that fusioned the styles of Metallica and Dream Theater to make an authentic melodic metal shred. The band needed to record their first album. Maxel contacted Steve Worrall @ For the Music studios and the ball was set in motion. Steve a former guitarist for Tom Cochrane who had worked with Shawn Lang, and producer Bob Ezrin recorded the band live off the floor. Maxel asked Rick Plester to supercharge the mixing and mastering of the band as well.

In 2007 Maxel hooked up with several players to form the band that was known as KRAKATOA, a melodic thrash act that fans had made comparisons to Nevermore. Krakatoa had the energy, speed and song melodies that would linger on music fans long after the show. Wasn’t long after the band's debut they were attracting label interest.

Maxel hooked up with Toronto guitarist Bess Ross whom he was introduced to at a Dio concert. They decided to get together to work on a new music project. Before they knew it "PENETRATOR" was born. The band's material was written with lightning speed and people were soon pounding on the door to get into the rehearsal space. In the spring of 2004, Penetrator recorded the album "Unleash the Fury" which received rave reviews worldwide. Penetrator later inked a European record deal with Sonic Age Records in 2006.

After playing in various cover and original bands, Maxel's first demo breakthrough came with "Mastery" in 2002. He co-wrote the music with guitarist Marcus Armeliini and they invited music guest bassist John Mamone of Dragonfly and guitarist Andrew Roudny of Blackhour to play on the tracks of The Triad.

Discography:
Full Give
Purveyor Of Chaos's self-titled CD (Purveyor of Chaos) - Check out our single "12 Pound Sledge" up on all major streaming platforms.

Labels: Big News, Canada, Canada rocks, great things are in the making, Look Out - more to come!, Maxel Black, Metal, Music, News, Purveyor Of Chaos, The Team is Back, www.purveyorofchaos.com

Bjorn Englen: Lots have happened since the last update

Lots have happened since the last update... lots of new releases incl. songs and albums by

Of Gods & Monsters, Blackwithin and Voodoo Wiseguys... and more!

I have been working hard (rehearsing and recording) with my main band Soul Sign, and we will have some exciting news soon...

New incredible gear has found me including the powerful Blackstar Drumfire multiroom bluetooth speaker. And a new addition to my Ibanez arsenal is the much priceworthy, lightweight and easy to play RGB300 bass. Things came full circle when artist relations Tyler Busque decided to use this bass to recreate some photos of me and my longterm RD707, which were originally taken in 1993 by my friend Micke Persson!

Also thanks to Fishman for the perfect sounding acoustic preamp, and Al Bane for the much practical leather pick holders! 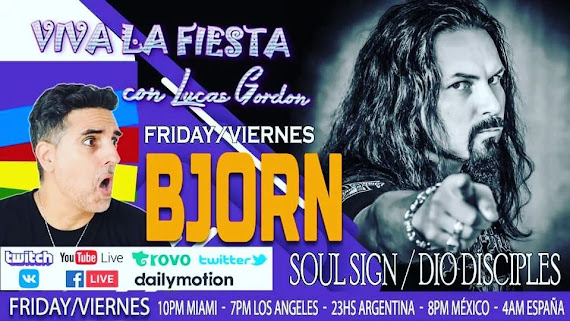 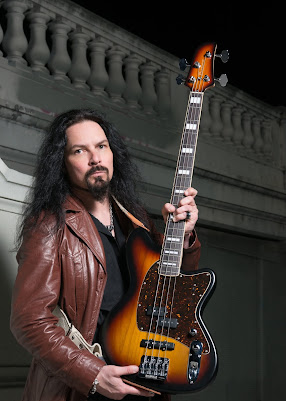 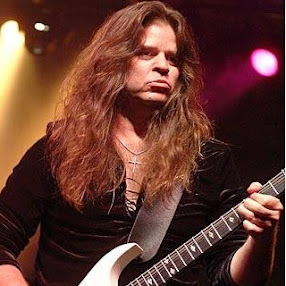 copyright by the photographer 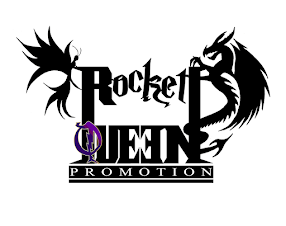